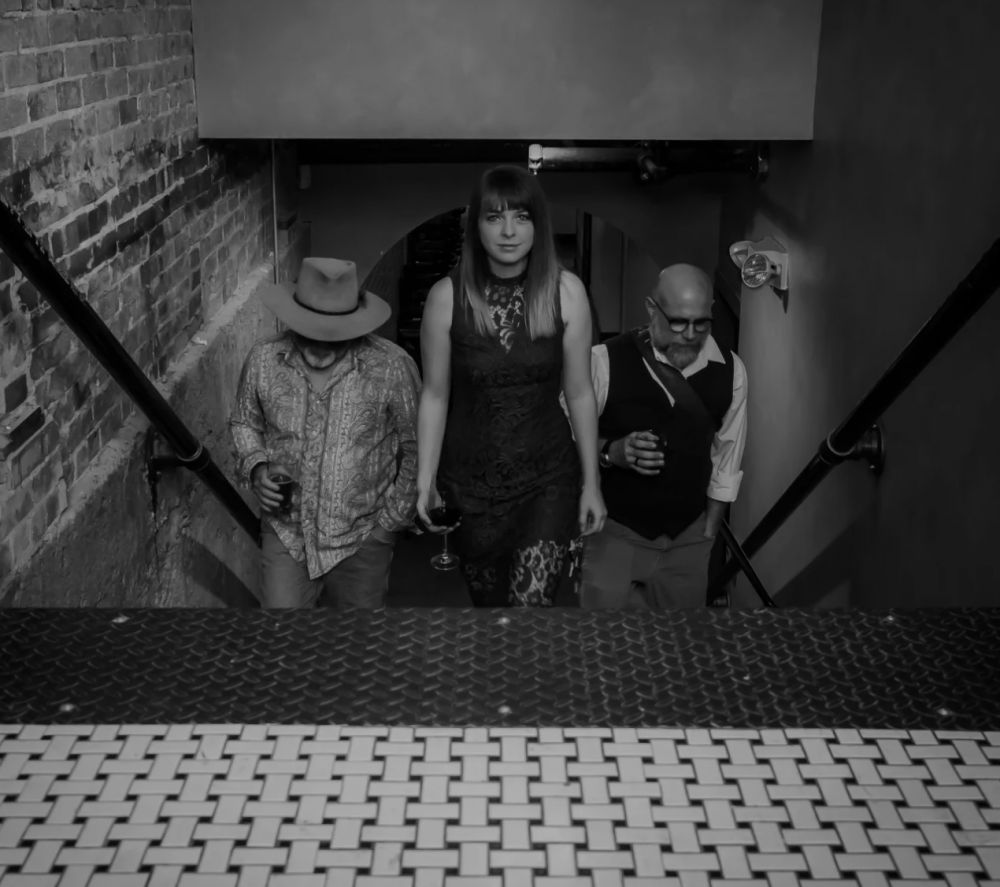 Traditional Bluegrass played as they feel it.

The Proper Way frightens most sound engineers when they show up for load-in at any venue for the first time. As piles of instrument cases begin to stack up on the stage, sound guys start fretting about…

The Proper Way frightens most sound engineers when they show up for load-in at any venue for the first time. As piles of instrument cases begin to stack up on the stage, sound guys start fretting about their cable inventory and hoping they have enough open channels on the board for what increasingly appears to be a 7- or 8-piece band.

A couple of guitars, a banjo, and a mandolin appear first, and seasoned venue operators immediately think, “Okay…a bluegrass band.”

However, subsequent trips to the touring vehicle during load-in reveal a ukulele, a piano, a dulcimer, a drum pad, and a bag of hand percussion, and their next thought is, “What the hell is happening?” or “The rest of the band members must be running late.”

But the tight-knit collective of three multi-instrumentalist, singer-songwriters that is The Proper Way quickly assures them of their simplicity, and by the end of the night, The Proper Way typically becomes a house favorite.

Standing off stage, Scott Rogers, Shane Osguthorpe, and Carrie Myers look like a stereotypical trio of folkies: Two older dudes with varying degrees of facial hair, a road-worn Stetson, and a younger woman in a floppy hat and flowing dress with pockets (pockets are crucial, according to Carrie).

Upon first impression, you wouldn’t be blamed for expecting a quiet evening of soft, acoustic dinner music…and The Proper Way can deliver that in spades with haunting three-part vocals backed by reverent instrumentals.

While ever-growing crowds around the western U.S. hang on every note of The Proper Way’s slow-burn performances, they seem to come for the unexpected explosions of energy that the trio brings.

The band’s typical performances run around three hours, with no breaks. (They’ve gone as long as seven hours for a private party that simply wouldn’t die.) Don’t ask for a setlist at the end of the evening…they never use one. No two shows are ever the same.

“We like to plug into the vibe of the crowd and let that vibe guide what we do,” says Osguthorpe. “The only time we use a setlist is at festival performances where we need a tight 45 to an hour, and even then, we’ll be swapping things in and out on the fly.”

In addition to a pile of original music that can be found on virtually all of the streaming platforms, TPW is adept at covering a seemingly infinite number of songs; but they virtually never play a single one as a straight cover. Their unique spin on songs keeps just enough familiarity to encourage singing along or dancing, but in ways that you’ve never heard. Think Prince or Lizzo with a banjo.

The group will often do all-request shows and is known for throwing down better-than-passable versions of songs for the first time right in front of audiences.

There is currently nothing scheduled. Would you like to see The Proper Way perform again?
Let us know