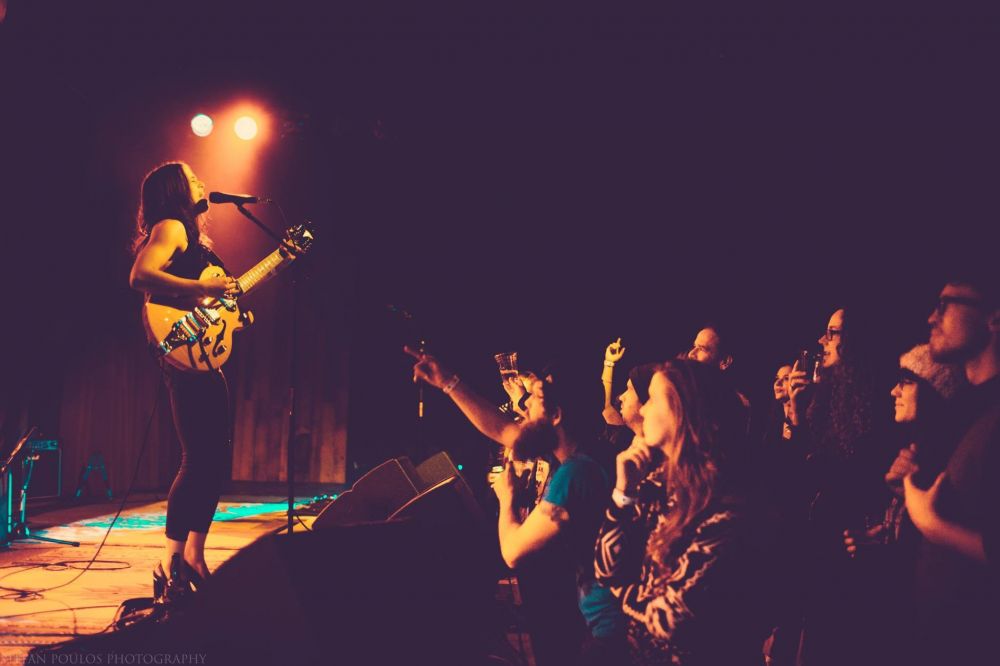 You don’t expect what you get when Sarah Anne DeGraw takes the stage for a set.

She defies standards of industry that allure most artists to genre specific whirlpools today, and some stutter to answer the question of what to tie her to. The songs are powerful and her voice with soulful grit and a dark charisma, tells tales of struggle, passion, and a deep yearning for the road.

Like The Family Von Trapp, Sarah was born into a traveling band. By age five she was singing in five-part harmony with her siblings and mother touring across the country. At age seven she would receive her first instrument: the Cello, and with it came the only formal training she would experience in her musical life to date. Piano came naturally as there were always keys in the home growing up. In 2010 she met the strings of a guitar and is quoted as saying, “It was like the lock in the strings had found the key in my fingers.”

From 2012 to 2015 she put her solo project on the back burner and participated in a number of projects including studio work where she wrote and recorded vocal harmonies for several albums produced out of Salt Lake City, UT. She performed on a television series that was happened upon by a talent manager from “The Voice” who later contacted her to audition for the show. In the spring of 2015 she was asked to play the drums and sing with SLC band, Crook & the Bluff whom she toured and performed with until the fall of 2016.

With her sultry, pitch perfect voice seamlessly interplaying her fingers on the fret board, she’ll take you by surprise as the rhythm and lead guitar strut simultaneously together from only six strings. Sarah Anne DeGraw creates a riptide effect in venues with a genre only she can bring. Missing it would be a cryin’ shame.

There is currently nothing scheduled. Would you like to see Sarah DeGraw perform again?
Let us know

About Us
Reviews
Stories
Tacos