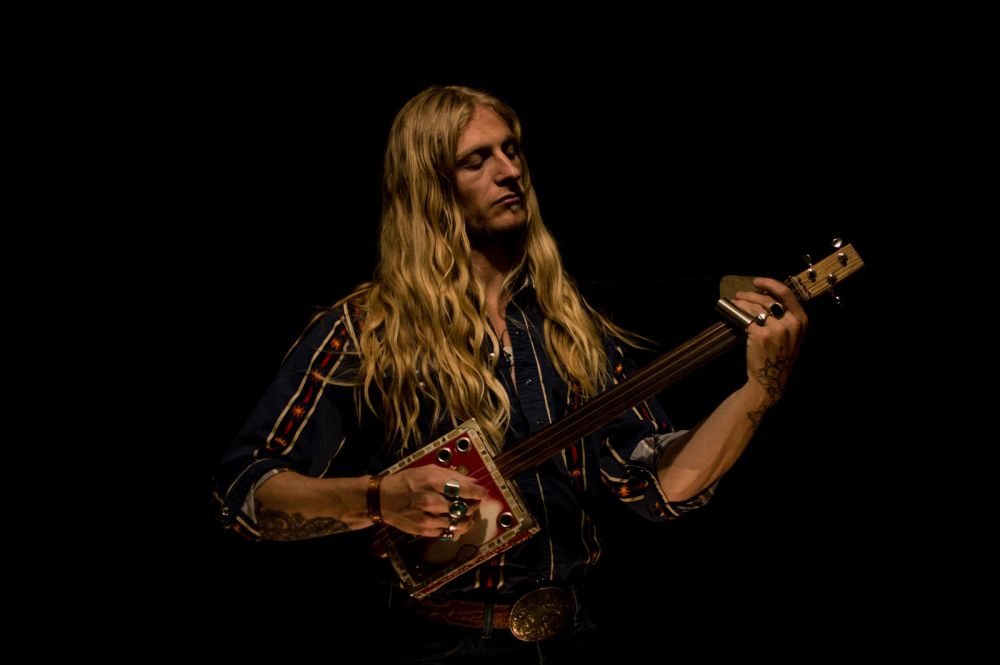 Jordan Matthew Young has shared the stage with the likes of ZZ Top, Shooter Jennings, Lukas Nelson, James Harman, Samantha Fish, Tinsley Ellis, John Németh, Indigenous, Kyle Gass Band, Shook Twins, Walter Parks, Eric McFadden, Jared James Nichols and is the proud winner of Album of the Year and Best Rock Band and was runner up for Band of the Year and Best Blues Band in the 2016 Best of Utah Music Awards

The back-to-basics blues rock sound of Jordan Matthew Young, formerly Candy's River House started out as little more than an idea while Roosevelt-born Young spent his early 20s learning to play—and live—the blues in Tennessee. Candy's River House became the band it is now when Young returned to Utah and enlisted drummer Joey Davis and bassist Nathan Simpson to round out a powerful trio. Another Night, produced by Mike Sasich, is a thrilling, soulful 9-track dose of bluesy moans, beefy riffs, tight, towering rhythms and Young's masterful songwriting. It's a loud, proud record that appeals to fans of blues-based classic rock like Free and early ZZ Top, and relatively newer bands like Gov't Mule, The Black Crowes and The Black Keys. And, since it adheres to the old unspoken 9-tracks-per-platter rule, it's easy to enjoy in one sitting, with headphones unplugged and the volume cranked.–RH, KB City Weekly

Candy’s River House are the rebel rousers of blues based rock in the Beehive state and beyond. Jordan Young’s considerable skills on all things stringed are incomparable - electric, acoustic, slide, cigar box - it don’t matter!! His Southern roots shine through soulfully and greasily on anything he sings or plays on. The band’s versatility was proven live on-air when Blues Music Award winning harp player/vocalist John Németh was in town from Memphis and spontaneously dropped into my Red, White and Blues radio hour on KRCL. Candy’s River House joined forces with Nemeth for several notable, unrehearsed tracks worthy of release! -Brian Kelm KRCL Radio/Utah Blues Society President

Those looking to satisfy a vintage rock sweet tooth need look no further than power trio Candy's River House. This group leaves little to be desired at their all out, high energy live shows. Jordan Young at the helm with guitar/vox, Joey Davis on drums and Nathan Simpson on bass, the group has played everything from theaters to festivals to pool halls all over the country. The dusty throated Young peels through heavy layers of blazing guitar and a groovy, 4 on the floor rhythm section. Bluesy, soulful rock driven anthems and performances built for massive outdoor show or local night-club. -The Pulse

There is currently nothing scheduled. Would you like to see Jordan Matthew Young perform again?
Let us know