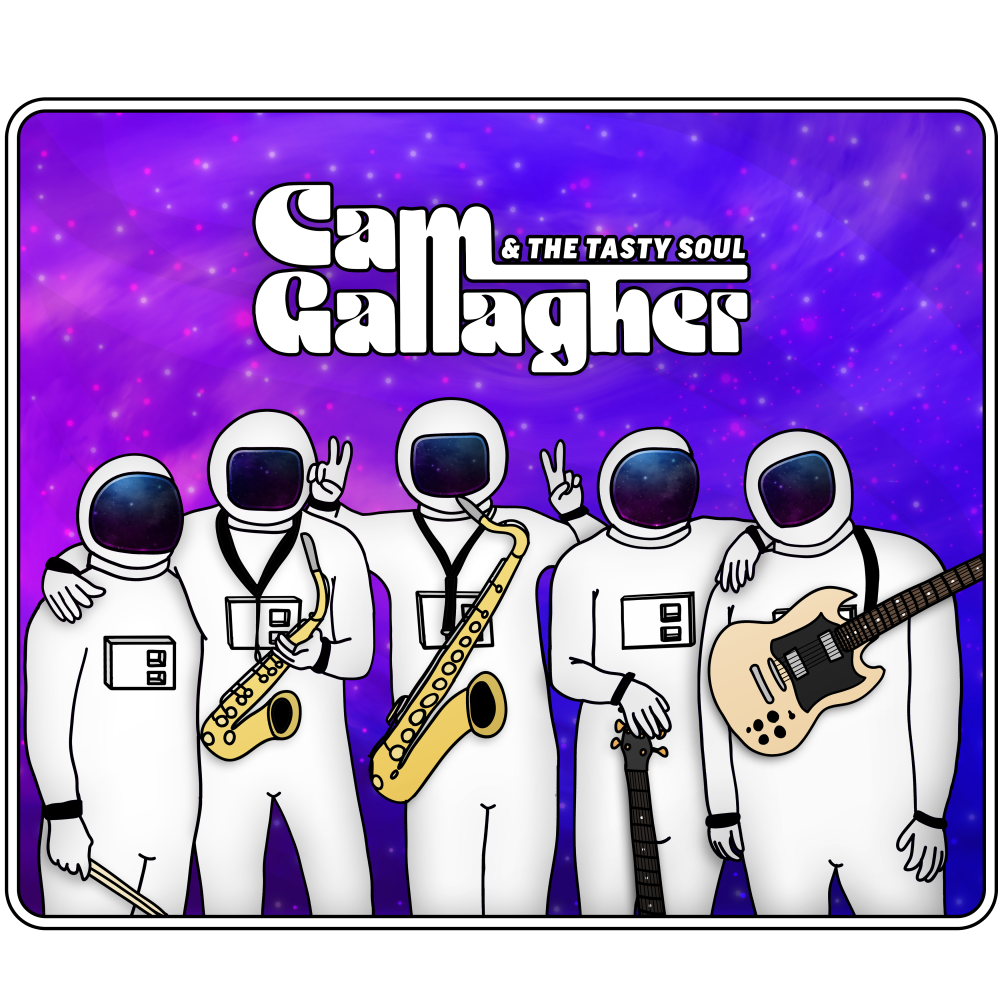 Cam Gallagher & The Tasty Soul is Salt Lake’s newest, and one of its most prestigious funk collective’s Utah has to offer. The Tasty Soul was founded in April 2021 by band leader/lead tenor saxophonist…

Cam Gallagher & The Tasty Soul is Salt Lake’s newest, and one of its most prestigious funk collective’s Utah has to offer. The Tasty Soul was founded in April 2021 by band leader/lead tenor saxophonist Cameron Gallagher. The personnel of Cam Gallagher & The Tasty Soul prides themselves in having completed or continually studying composition and arranging, jazz performance, and music business at The University of Utah, BYU and Snow College. Though every member, aka the Tasty Souls, are young they have an extremely impressive professional music resume. Band Leader Cameron Gallagher has great pride in hand selecting his musicians and ensuring they have a strong musical background, and  elite, professional musical experiences to show for it. It has been through the years that Cam has met many of his musicians during his time touring the world, or in school at the University of Utah’s School of Music. Each musician involved with Cam Gallagher & The Tasty Soul has toured all over the U.S.A, Mexico, Cuba, and Europe. Playing in prestigious/world-renowned music festivals such as the Umbria Jazz Festival, Puerto Vallarta Jazz Festival, Croatian International Jazz Festival, The Telluride Jazz Festival, JEN Conference and so much more. Not only does Cam make a point of assembling a band that is well seasoned in playing reputable concert venues/festivals but he makes certain that his musicians have performed with the best  in the music industry. Each Member has performed with a list of world renown Grammy Nominated and Winning musicians such as Wycliffe Gordon, Randy Brecker, Victor Wooten, Poncho Sanchez, Tom “Bones” Malone, Chase Barid, Kris Johnson, Chris Bullock of Snarky Puppy, Jerry Cortez of Tower of Power, Jeff Coffin and Rashawn Ross of the Dave Matthews Band just to name a few. Cam Gallagher & The Tasty Soul has great pride in having such a young, yet extremely experienced musical cast with each Tasty Soul contributing their very own unique musical identity. Even though Cam Gallagher & The Tasty Soul has only been around since April 9th, 2021 they always seek to go above and beyond in providing professional grade music and performance, looking to always advance the music industry every time they perform. The Tasty Soul will make you get down with the funk , and move and groove through their funkification of the mind.

There is currently nothing scheduled. Would you like to see Cam Gallagher & The Tasty Soul perform again?
Let us know