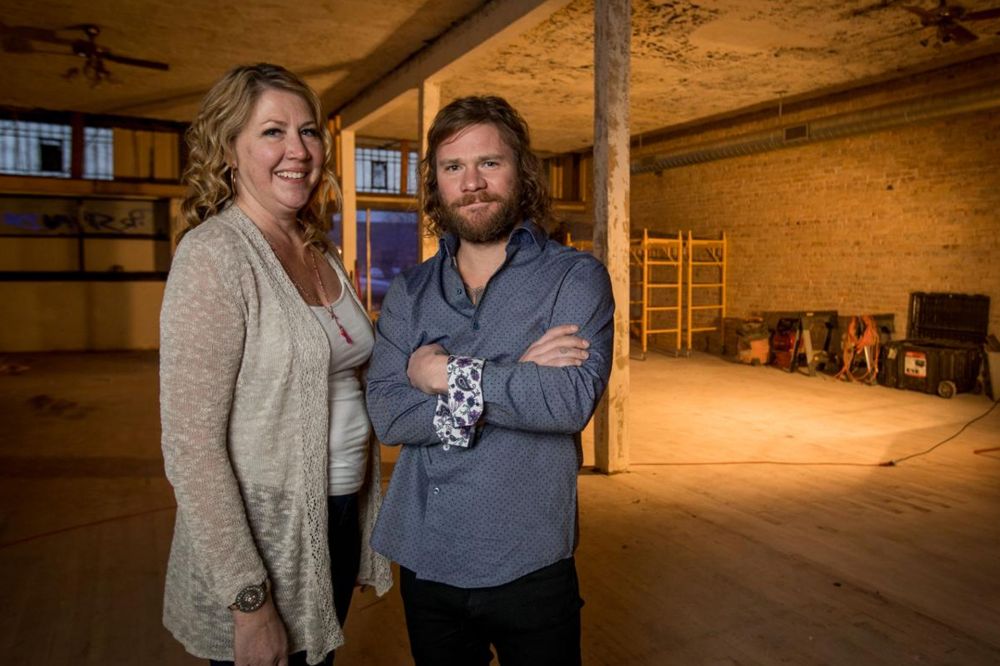 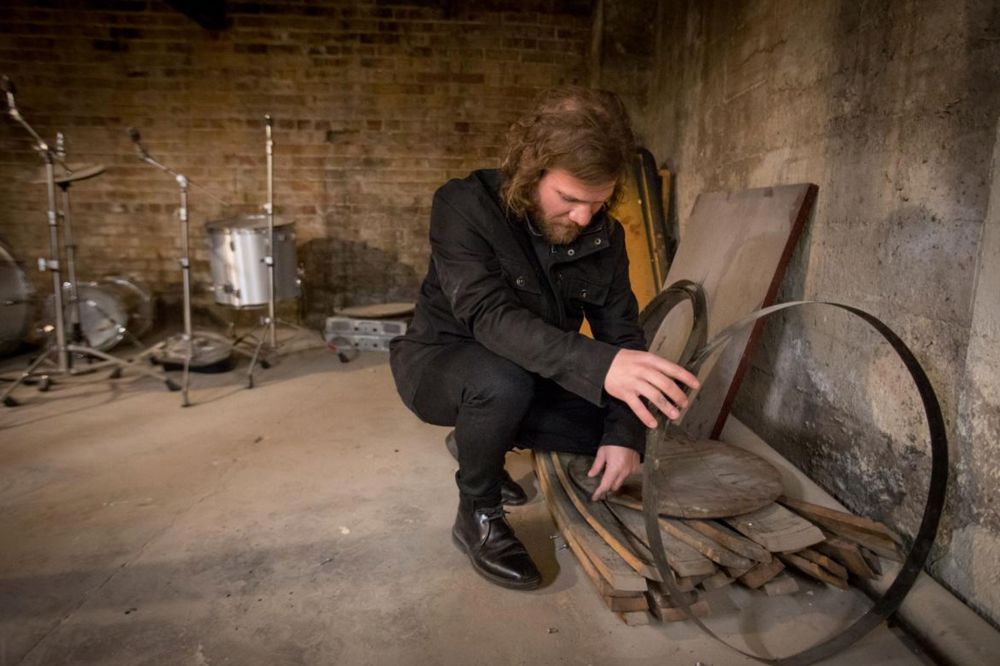 It’s all part of the bold vision first-time business owners Melissa Peterson and Samuel Smith have for The Yes Hell, a new bar, restaurant and music venue in downtown Ogden slated to open Feb. 1.

The space at 2430 Grant Ave., formerly home to D&R Spirits, is almost unrecognizable.

After purchasing the building they’ve since learned is well over 100 years old, the co-owners spent 10 days demolishing the interior and uncovering treasures from Ogden’s untamed past.

“Can we tell the newspaper what we found?” Smith asks, laughing.

Among their findings are a disassembled whiskey barrel in the rafters, old matchbooks with pin-up girls on the backs and a slew of old newspapers used as insulation — many of which they plan to display.

“It’s going to be very reminiscent of an early 1900s Ogden feel,” Peterson says, comparing it to an old saloon.

While they’re celebrating the history, however, they’re also very much focused on the present and future, the trendy and new.

For example, they’ve built a menu boasting craft cocktails and locally sourced vegan- and vegetarian-friendly fare. They’re even planning a microgreenery out back.

And the brand-new kitchen will be led by chef Miles Palmer, whose former stomping grounds is the world-renowned Wicken at The Royal Mail in Victoria, Australia. He also worked a brief stint at Daniel Boulud’s Michelin two-star restaurant in Manhattan, New York.

But perhaps the most distinguishing aspect of The Yes Hell will be its music lineup, which Smith dubs “cooler than anyone’s in Salt Lake.”

He would know. After all, he’s been a prominent part of the scene for years. The well-known SLC musician fronts the blues-driven rock ’n’ roll group Samuel Smith Band.

And thanks to that connection, The Yes Hell’s February schedule includes some of SLC’s most notable acts, like Jordan Matthew Young, Tony Holiday, Crook & The Bluff, Michelle Moonshine, Pixie and the Partygrass Boys, Talia Keys and the Love and many more.

Smith says his venue will focus on rock, Americana, blues and funk, and hopefully will include musicians local to Ogden in the near future.

Peterson and Smith start laughing. They get this question quite often.

Though neither Smith nor Peterson grew up in Ogden, they remember visiting 25th Street over the years and are familiar with its reputation.

“It was a little bit scary,” Smith adds, recalling shows with his band at the Lighthouse Lounge about 8-10 years ago. “You’d get in there and play, and then you’d wanna get the hell out of here. There wasn’t much happening but Bud Lights and fistfights.”

But both agree it’s changed drastically.

Smith adds, “Ogden City in particular is really wonderful to work with in terms of business ownership. They’re supportive … which is really quite refreshing.”

Compared to Salt Lake City, Ogden is “less saturated,” Peterson says. “It’s very progressive and there’s a lot of opportunity to be a business owner and have a whole new direction, with new people, with new perspectives.”

Community is a word they use often when describing their new home, and it’s something they have already embraced.

While outside the building one afternoon, Smith and Peterson pause to say goodbye to one of their workers, Ron Earl Tyman, as he grabs his bicycle.

He’s one of several in The Yes Hell crew who were hired shortly after poking their heads in the door to ask if they could help, the owners say.

Tyman smiles and waves back. “Love you guys,” he says. “See you in a bit.”

Smith and Peterson say the process of opening their new bar has been remarkably easy from the start.

“Everyone’s been saying yes,” Smith says. And that’s where the name ties in.

Nothing, it seems, could wipe the beaming grin off their faces as they talk about their bar. And the chemistry between the two leaves little room to doubt the success of their new business partnership.

But, no, they’re not a couple. “We’re not even having sex,” Smith adds, laughing.

In fact, they’ve only known each other about five months.

The two met on July 1, 2017, about four months after Peterson’s husband died. She was planning a cross-country road trip to spread his ashes, and asked Smith if he wanted to tag along. He agreed, and they left 10 days later.

Somewhere along the way Sam asked her if she wanted to open a bar with him. On Nov. 10, they picked up the keys.

“It’s been kind of a dream,” Smith says.

Peterson adds, “It’s been this really beautiful thing to find this place and make it really pretty and to find all these beautiful people.”

Ask someone for a description of D&R Spirits — which occupied 2430 Grant Ave. for 13 years until this past November — and it’s likely to include the words “biker bar.”

But Desi Grootegoed, who owned the bar with her husband Robert, maintains it was “never a biker bar.”

“Once people got that in their mind, they associated biker clubs as trouble or a hard place to go into,” she says, adding that it was in fact staffed by some bikers and frequented by members of ABATE (American Bikers Aiming Towards Education), but that the group is a far cry from troublemakers.

“We struggled with that for a while, and then I think we finally came around that,” Grootegoed says.

Though they had experimented with different events — such as drag shows or, most recently, performances by hip-hop artists — they always focused on local music and games.

Mondays were designated for pool leagues. Tuesdays and Wednesdays were for karaoke. On Thursdays it was old-school R&B. On Friday and Saturday nights they’d have live bands. And Sundays were reserved for open jam sessions.

Over the years they attracted countless regulars, who Grootegoed says “were pretty upset” about the bar closing.

“I literally had a meltdown and cried to see you closed when I sent (sp) there last night,” wrote one commenter, Kathy Cushman.

“I'll always remember the good times I had there. Drinking beer, shooting pool, listening to music and singing some songs up on stage on jam session night. Thanks for the memories,” said another, Don Adams.

It’s “bittersweet,” Desi Grootegoed says. “We had a good time with it. Thirteen years is a long run. But we both have full-time jobs. … (It was) time to make a change in our lives.”

Ask her about her favorite memories and she doesn’t know where to begin.

“Dancing, drinking, meeting so many people, the musicians,” she begins. “Hundreds and hundreds of folks that were there, all the time. Lots of folks that passed away during that time frame that we dearly miss.”

Grootegoed has lived with her husband in nearby Marriott-Slaterville for about 25 years. And like many who rave about Ogden’s appeal, she says they loved the community and everyone in it — whether they were sitting at the bar or standing outside.

One of her favorite times of year was Thanksgiving, when she prepared a home-cooked meal and extended an invite to anyone without a place to go. The turnout for dinner alone was usually around 15-20, she says.

“We made them feel welcome,” Grootegoed says — words that are sure to ring true for years to come at this bar, regardless of its name. 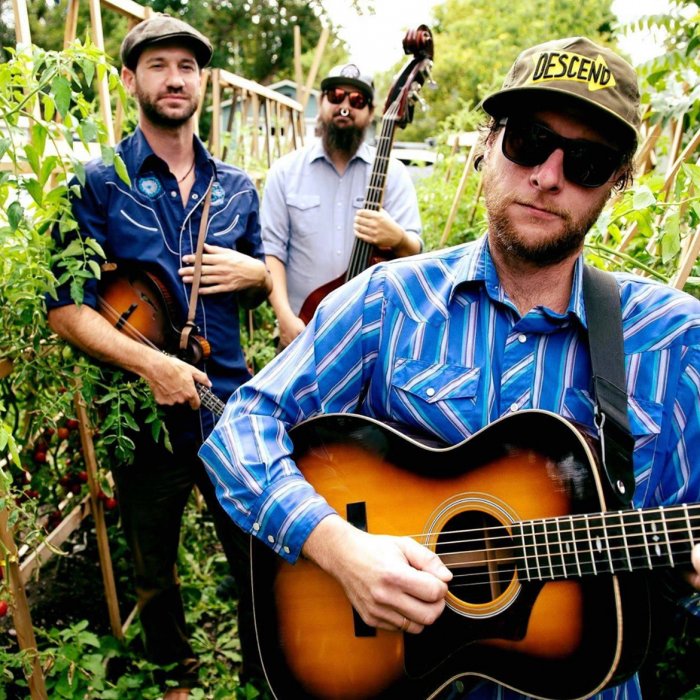 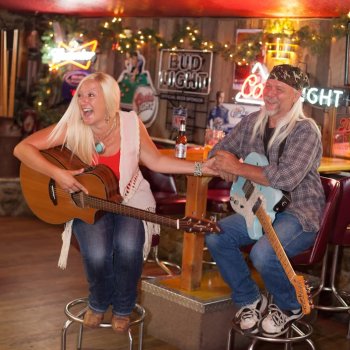 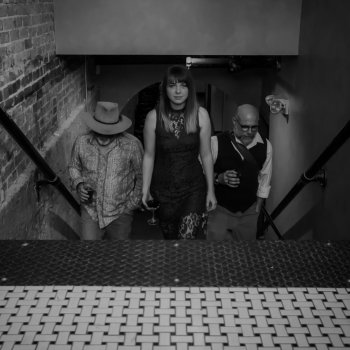